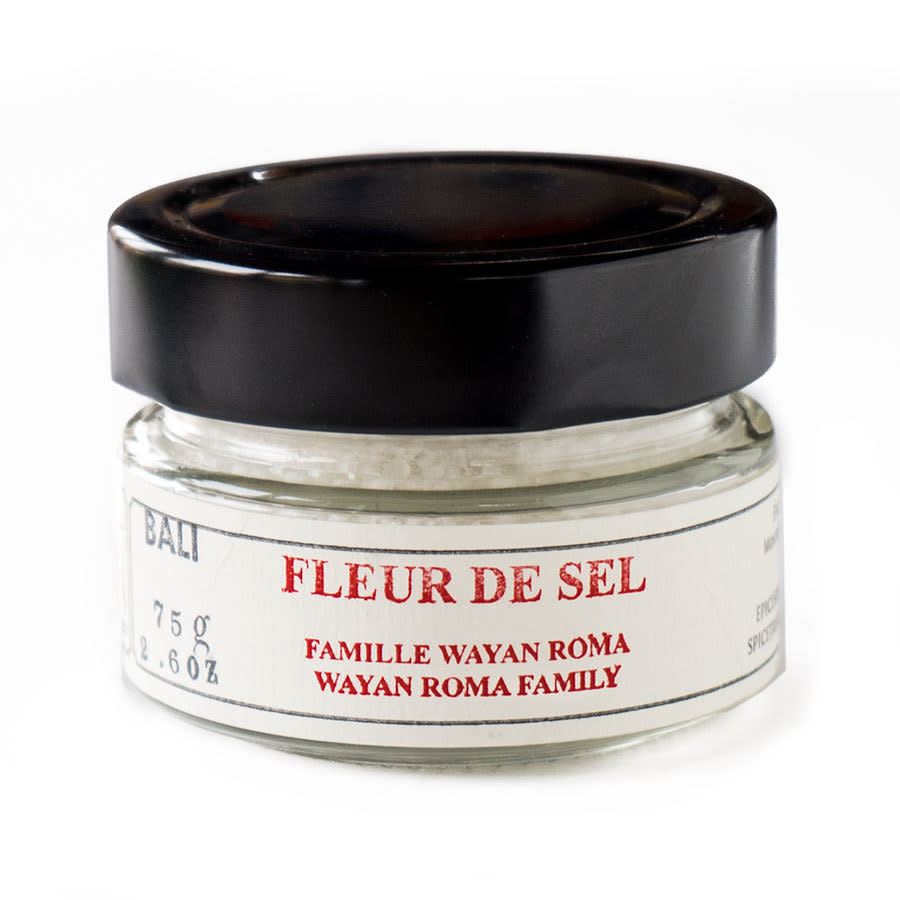 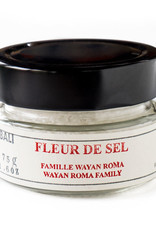 As with many things Balinese, the method of salt production has not changed in many generations. This traditional artisanal approach produces some of the world’s finest sea salt and fleur de sel. The body of water between Bali and Lombok where our salt is drawn from is extremely deep and contains several coral reefs, which contribute to the richness and purity of the salt.

Perhaps the most attractive aspect of this salt is the care and craft the Balinese take to its production. First, water is transported from the ocean via a pair of wicker buckets that workers carry on their backs. Several trips are made between the sea and the black, sun-drenched beach, where the water is poured onto the sand and left until it evaporates, leaving behind concentrated sea salt deposits. This salt is collected by hand and placed into a trough of seawater sieved and then poured into the hollowed-out trunk of a coconut tree. The finer, flatter and more delicate crystals float to the top while the heavier crystals sink to the bottom; whatever floats to the top is considered fleur de sel and is carefully removed from the sea salt that remains at the bottom. Balinese fleur de sel is then drained and further sun-dried before packaging.

We recommend using Bali Fleur de Sel as a finishing touch on any number of dishes.